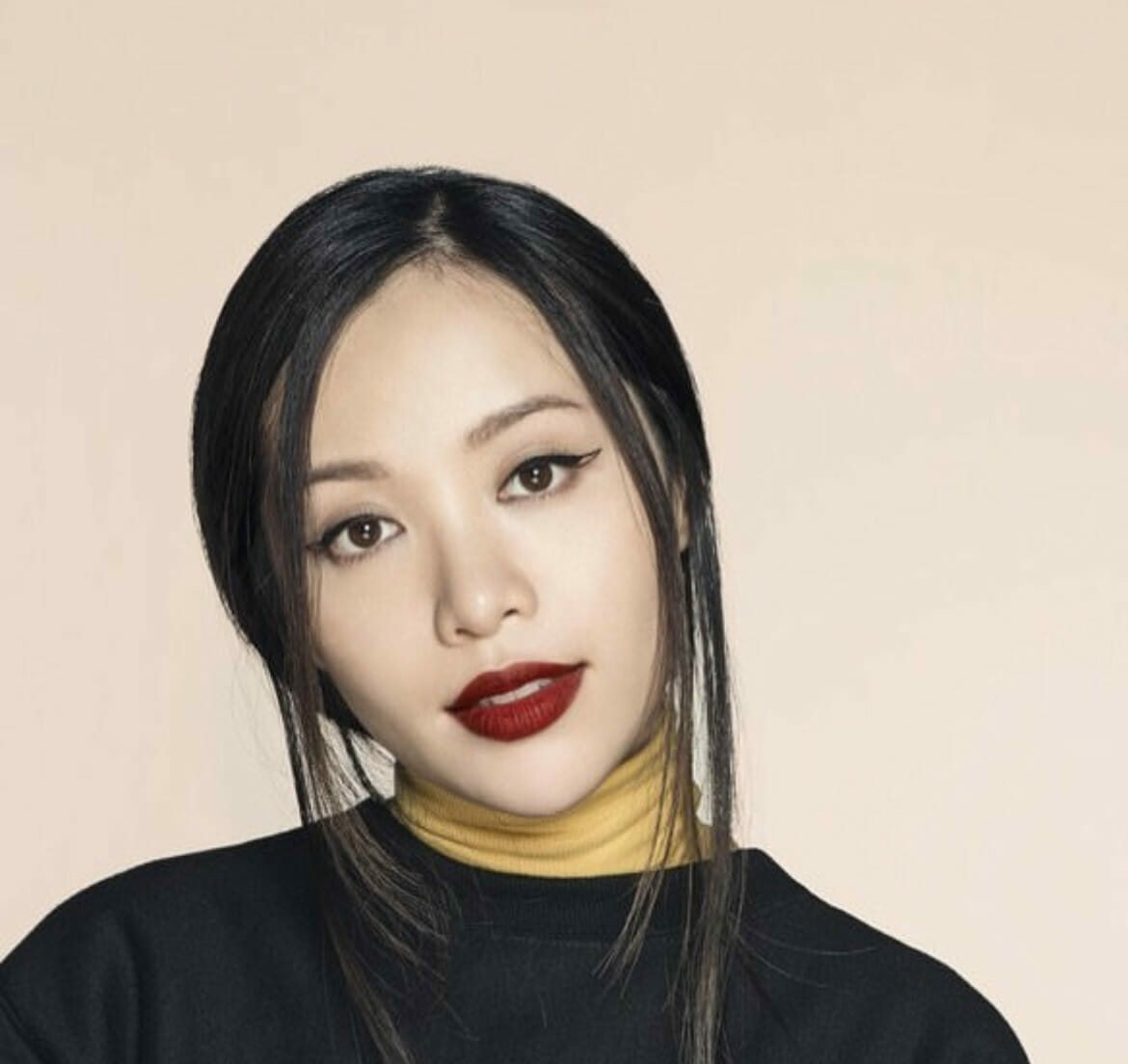 Many people know Michelle Phan as one of the biggest beauty influencers of her time, way before the term influencer was widely used and popularized. She was one of the earliest forms of what we call an “influencer” today, and her beginnings as an entrepreneur started off on the YouTube platform in 2007.

She started off her brand as a hobby — posting videos on YouTube, not knowing the traction that she would accomplish, leading to her channel amassing millions of followers within the years following her channel launch. Since then, she has achieved serious feats, such as being a representative of Lancome, and launching a brand under L’Oreal, which she eventually bought back, called Em Cosmetics.

The last 13 years have not proven to be a smooth journey, as Michelle Phan experienced several hardships over the years of building her brand. From lawsuits, to a complete brand relaunch of Em Cosmetics, Michelle Phan has represented what is like to overcome adversity in the cut-throat music industry.

So let us take a look at what she has built, diving into how she created her empire and successful brands such as Em Cosmetics.

In 2013, Michelle Phan teamed up with L’Oreal to release her own makeup line to the 8 million subscribers that she had at the time.  L’Oreal actually committed around 15% of its communications budget to marketing the product digitally, and was confident in potentially conquering the market. However, her brand did not receive as much commercial attention as many were hoping for.

Perhaps a big reason for its launch failure was due to the higher price point of the products. One of the main products in the launch was the Life Palette, which was a large makeup palette not only consisting of only eyeshadows, but also several different mediums of makeup products, such as blush and lip products as well. However, the product was listed at a steep $75. 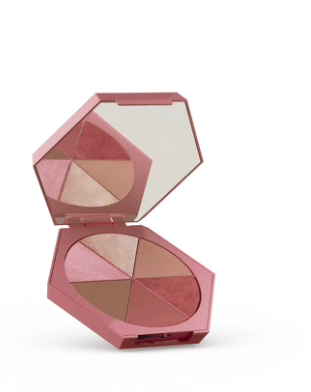 The price point was quite surprising, as L’Oreal Cosmetics is a drugstore makeup brand, with many of its beauty products marketed at fairly affordable prices. However, L’Oreal seemed to have wanted Em Cosmetics to be more luxurious and high-end.

But with the high price tag, it did not seem to attract many of Michelle Phan’s viewers, especially as many of them were young and unable to afford to spend a large amount of money on a makeup palette. I was a young teenager at the time in which the line launched, and purchasing the product was out of the question for me.

Another criticism that the brand received was its packaging. Some enjoyed the simplicity of the palette and appreciated the symbolism of how each individual pot was displayed, as it was supposed to resemble an actual painting palette to symbolize Michelle Phan’s roots as an artist. The palette is also heavy, with a lot of product, so many people justified its price in this way.

However, many people critiqued the palettes as being too boring, as well as labeling the overall product and its overall aesthetic as being cheaply made. The entire palette was made of an acrylic material, and overall, many people just expected more from Michelle Phan.

After the failure of the launch in 2013, the brand seemed to slowly disappear from the mainstream beauty scene, and not many people heard from the brand again. As a long-time viewer myself, I seemed to have forgotten about the brand until Phan announced her relaunch in 2017.

Michelle Phan disappeared from social media at the very end of 2015. She began the new 2016 year without a single word, and she remained on hiatus all throughout 2016. You can read more about her hiatus and her return to the social media scene in this article. 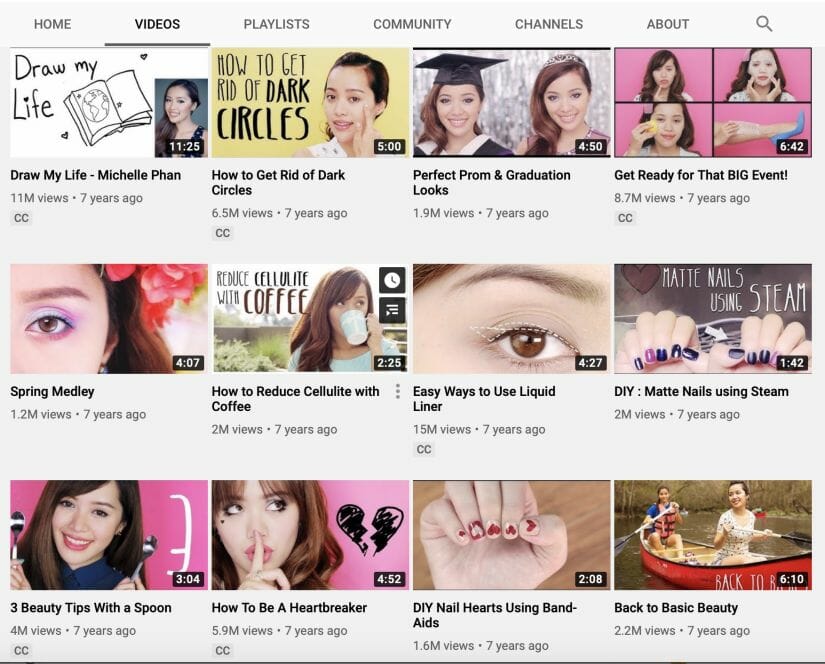 She spent a majority of her 20s on YouTube, and during the time that she was on the platform, she was always hustling and putting in the work to push out content for her viewers. Throughout her time on YouTube, she was faced with a lot of stress and hardships, to the point where she was not happy anymore.

After the commercial failure of Em Cosmetics, she took a digital detox and wanted to get away from LA to clear her head. She decided to travel during her year away from social media, traveling to places such as Africa and Europe. Suddenly one day, she just could not do it anymore. She packed everything in a single suitcase and set off to travel away from everything. She did not tell anyone what she was doing — not her board members or business partners — she just left to go and find herself again.

She flew to Switzerland to get away from it all, to a small town called Zermatt. It was a city that was isolated from cars for miles, so you would have to take a shuttle to go there. The quiet landscape provided her with an environment to think, and a place where she could leave her worries and struggles away.

As she connected with nature and the physical landscape, she came back to LA as a changed person. Although social media and the digital scene remained fairly the same, she did not. She returned with a different outlook on life and she felt like she had more clarity in her life. That essentially was the start of her new beginning with her new relationship with her personal brand, Em Cosmetics.

Michelle Phan began teasing the relaunch, or “rebirth,” of her brand as she likes to call it, towards the end of 2016, signaling the beginnings of her return to social media. Michelle Phan worked effectively to bring her long-time fans and viewers through her process of recultivating her line, and made it more personal than it ever was before.

This time, her creative direction was clear in the rebranding process of Em Cosmetics. Her fans were able to see her vision for her brand, perhaps a vision that she had all along. No longer was her brand subject to what a larger brand like L’Oreal wanted. When Michelle Phan bought back Em Cosmetics, she not only bought back her brand, but her dream as well.

She teased images of the new Em Cosmetics in March of 2017, and immediately, many people were excited for the new relaunch. Immediately, people could see how on-brand the packaging was to Phan, as she created a completely new design direction for Em Cosmetics.

Michelle Phan still decided to keep the monochromatic color scheme throughout the new rebranding, paying homage to the old design. However, she did a completely new logo design, which is an intricate geometry design with the initials E and M hidden within it.

And thus, began a new beginning for Em Cosmetics, and Michelle Phan is now working on rebuilding her brand to what she has always dreamed of it to be.

Michelle Phan has done a great job in engaging her fans throughout her journey, as if it were not for her fans, she would not have been able to buy back her brand and build it to what it is today.

With the relaunch of her brand, she finally has the creative control to not only control what the brand looks like, but now also, their prices. Her products are priced much more affordably now, usually in the mid-to-high range. Her products are not as cheap as drugstore products, as they are better quality (both in terms of packaging and formula), but they are not in the luxury price range. 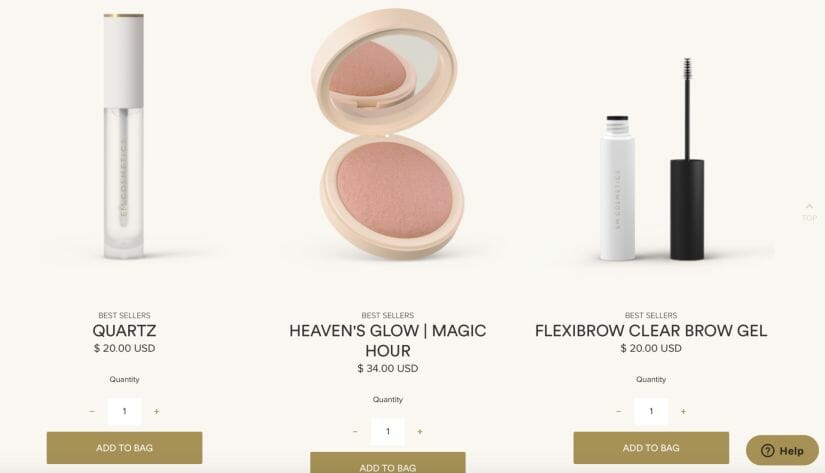 Now that many of her fans have grown with her through her journey, they have also grown with her literally as many of them are now young adults. The price range is also reasonable for young adults, who can now afford to spend money on her makeup products without breaking the bank too much.

Her products also align with her own aesthetic very well, which is appealing to her audience. Packaging is an important part of product design, and Phan has definitely stepped up her design game to produce beautiful products at an affordable price. You can read more about branding strategies in this article.

Her brand currently does not have many products — just some essentials that she wears on a daily basis. Some of the products include eyeliner, blushes, and lip products. As Em Cosmetics develops, she showcases the journey with her fans, making them a part of the process as well. This is a more personable approach, which is effective in cultivating a strong, loyal following for the brand.

She has also shared some videos on her YouTube channel, detailing some of the journey that it takes to film the short video reels that she posts on Instagram. These videos are very close up visuals of the product that she is filming. For instance, if she is filming for a lip product, the video will be a very close up application of the product on the surface, showing all the minute details of the formula and how it applies.

She uses a machine called Ms.Robot, which is a bionic arm that is designed specially to support “macro, product, food, and fashion productions.” Em Cosmetics has been able to film very up-close shots of the product that are visually appealing, and helps the consumer grasp a better reality of what the product might be like through a high-definition and intricate swatch.

In addition to those videos, she also posts on her Instagram posts of her friends wearing the makeup products as well, many of them popular influencers that many of her fans also follow. Her following on the platform definitely helps in the success of her relaunch, with many of her fans and people beginning to trust the brand again, especially a brand that now solely belongs to one of the veterans in the makeup industry.

Some people may not even remember Em Cosmetics’ early beginnings or the history behind what Michelle Phan has fought to bring back to life, but they are still able to appreciate the beauty of the brand and what it stands for.

Michelle Phan was able to reclaim her power and her creativity during this journey, effectively transforming Em Cosmetics into something that she has always wanted it to be. Many beauty brands do not have a similar journey, which sets the brand apart from everyone else. Phan did not accept defeat, but instead took it as an opportunity to learn as an individual and how she could better herself and her brand.

A lot can be learned from Michelle Phan’s journey, proving that brands can still become successful, even with some major setbacks. And through her platform on social media, coupled with greater visions for the future of Em Cosmetics, she was able to reestablish the brand to make it something that she is proud to call hers.

Em Cosmetics is a perfect example of how a brand can survive a rebrand and come on top better than ever before. The journey of Em Cosmetics has reflected Michelle Phan’s personal journey in rediscovering her happiness and passion for makeup, which evidently led to her taking back her dream and making it even a bigger reality. 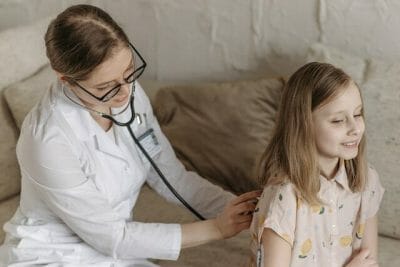 For practices such as Pediatrics, Google Ads is a great way to increase the number 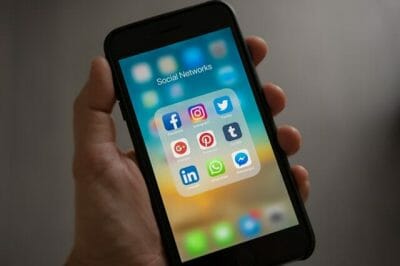 As a dentist, are you looking to improve your social media presence? This complete guide

Managing multiple can be hard. From managing all incoming emails and signing into different email