There are multiple different types of reCaptcha. We’ll go over which version you should choose, how to add it in correctly, and then how to hide reCaptcha badge.

reCaptcha use case, when to use it and when to not: sometimes your site will get spammed with bots who submit your forms with spam. It’s super annoying. If it’s just one or two spam submissions, we recommend ignoring it because adding captcha will slow down your site even though it’s just a few milliseconds. But sometimes the spam is too much and you will have to add it reCaptcha.

Different versions of captchas have different levels of security.

There are a total of four types of reCaptcha.

This is what’s known as the invisible reCaptcha. All you see is a badge, and it doesn’t require the user to click on a checkbox. It tracks the mouse movements to see if it’s a bot or a human. In terms of user experience, this version is much better than reCaptcha v2 (“I’m not a robot” checkbox) which can deter users from submitting a form and lowers conversion rate. However, this one is less strict than the “I’m not a robot” version and will let some spam slip by.

Only if it detects that a user is a bot, then checkbox test will pop up asking it to fill it in.

This is an API Library for adding reCaptcha to an android app. You can safely ignore this one as a web developer.

This one is also invisible and just gives you a score on how likely the website viewer is a bot or not. You have to choose what to do with that score, whether to block or allow at a higher or lower score. That is up to you.

Otherwise, it’ll just tell a real user who it thinks it’s a bot that your “form is not working properly” and won’t even give it a chance to check a checkbox to prove itself. This is horrible user experience wise because if it thinks the user is a bot when in fact the user isn’t, the user will not be able to submit the form.

Conclusion: overall for your website site, we recommend using reCaptcha v2 invisble reCaptcha. And then if that still doesn’t filter out the spam submissions, then use reCaptcha v2 (“I’m Not A Robot”).

How to Add reCaptcha v2 to your WordPress Site

If you are using Wp Form 7 here’s how to add it in: 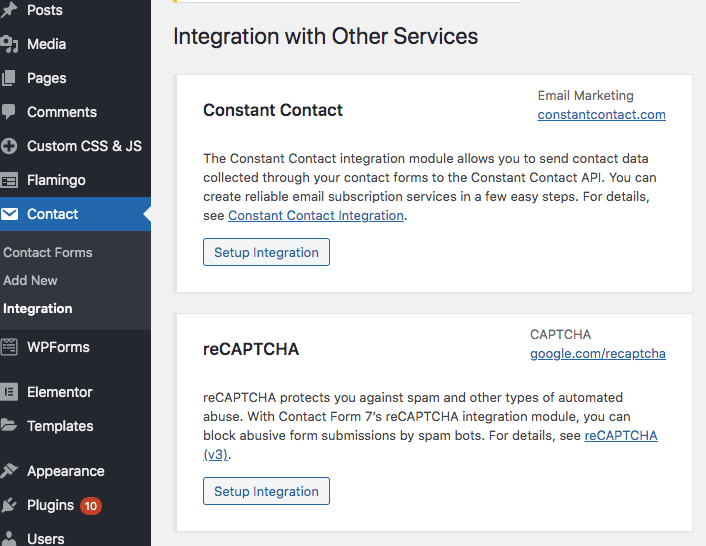 which as we’ve stated before, is not suitable for your WordPress needs.

Update: Elementor now has it’s own forms. And it integrates with reCaptcha and has honeypot, thank you page redirect, hidden fields, notifications, and auto-response confirmation email. Thus if you are already using Elementor you can get rid of the WP form 7 and get rid of one extra plugin. 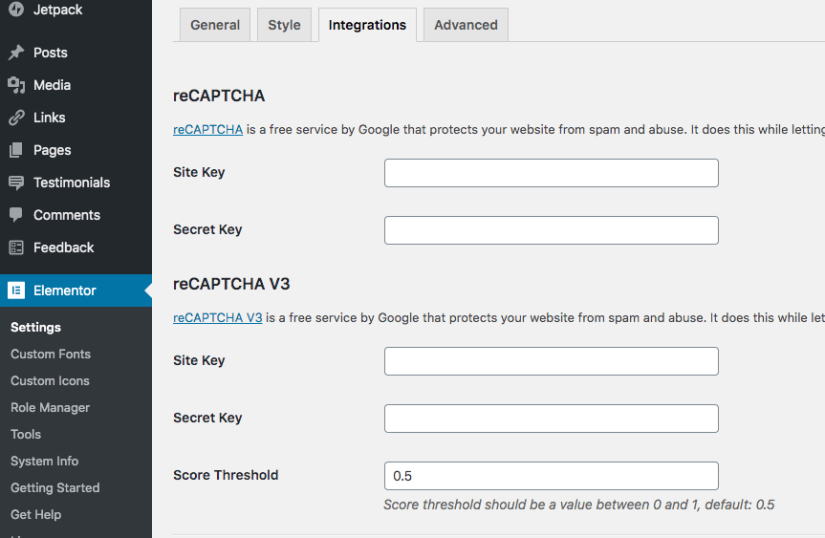 Now that you have added in the invisible reCaptcha v2 you will see the floating badge following you everywhere on that page. It’s annoying and gets in the way of buttons, especially on mobile.

Here’s is the correct way to hide it in WordPress.

Note: Other people will tell you to hide it in Style.css in your WordPress sheets. Don’t do that. If you don’t know how to code, you could potentially mess something up.

The biggest disadvantage of adding the code straight to Style.css though is this. If you don’t know how to use child themes, when you update your theme, the style.css will revert to its default code and you’ll lose the badge and have to remember to add it in again. 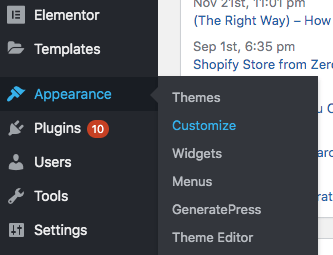 Step 3.  Add the reCaptcha Code In Then Click “Publish”

Copy and paste this code into the Additional CSS Field: 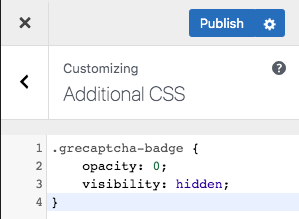 Here’s more information on what the code is for the developers:

Either one of these by itself will work to hide the badge from the human eye, we include both codes just to be safe.

Want to Collapse the badge but not completely hide it? use:

Warning: some tutorials will tell you to use “display: none;” instead of “visibility: hidden;”, that would be wrong. Do not use “display:none” as it will disable the spam checking.

If adding the code and your badge still isn’t being hidden, add “!important;” to the end of the visibility code like this:

And !important is just regular css code for just in case some other code is trying to overwrite it. !important makes it so it won’t be overwritten. 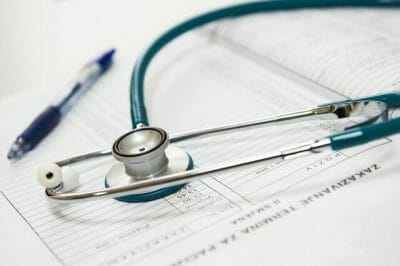 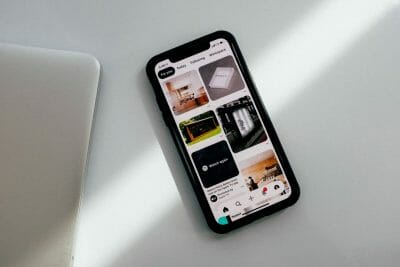 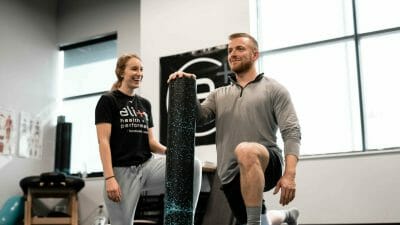